Whenever i remember this movie, i get chills all over my body. It’s kdrama i adore the most, It’s kdrama i love the most. I can not imagine the story ended. For me, it’s just ended just because one phase is overcome, but their spirit seem to have move on. Seems like they are living, somewhere, at someplace we don’t have any clue. Maybe it is because Choi Young is Korea’s true living hero, meaning, he had lived, walked, and breathed in this same world. Smiling under the same sky. This drama always brings warmth, no wonder it called FAITH. 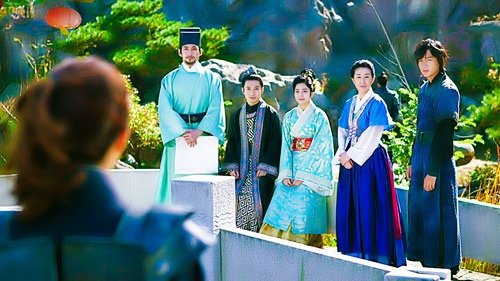 One of my favorite scene (hell, every happy scene is my favorite! but if i have to choose..) 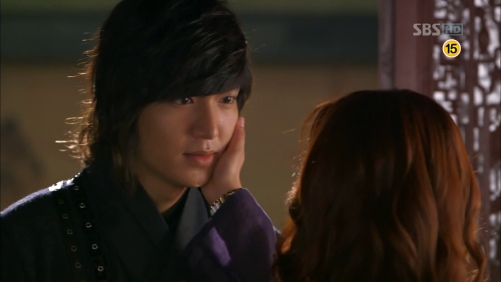 When he saved Eun Soo, and cannot hold back THAT relieved face.

Eun Soo become woodalchi, just to get closer to him. And i wonder why his expertise in arrow just come out later, wish the novel explains how he is good at sword and also arrow.

our daejang is mad. Minho’s so good at this. I become his fans ever since. 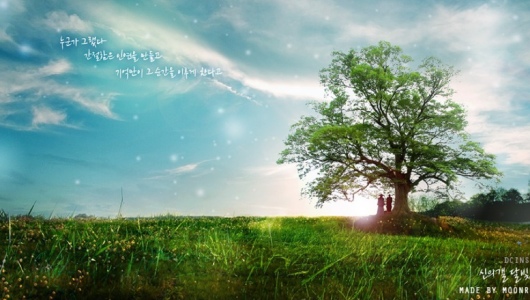 There had been many dissatisfaction toward the movie, related to directing and editing, which makes the movie somewhat confusing in some details. But the writer, Song Ji Na, has published book version of it, and though i can’t understand hangul, some bloggers tried to translate it. Bless them. I have been suggesting the book to some publishers in Indonesia, but no response until now. I have read the excerpts, and the novel,as said by many faithlings out there, made us fall in love all over again with the story. Since there are many details and point of views elaborated, such as Dae man’s, Jang bin’s and others. How i wish it will be published in english or even Indonesia, though i will really hate it if the translation sucks.

Here is link to a blog who translate some parts of the novel. She said she will translate vol.3 which will be released end of this year. Yay! And this is for fangirling soompi, while the latest one, is the place i seek the most at wednesday-thursday to read The Heirs review. She was also big fans of Faith and translate Q&A with Song Ji Na